A photo appeared on the Internet and has a very high popularity.

That’s right, this one! A woman holding a 100 billion banknote, which reads in Chinese: “Ancestors bless future generations to get rich every day.”This banknote is the ancestor’s money from China that has been extremely popular recently, and it is officially issued by tian di Bank.

The origin of ancestral money:

Ancestral money called Ming bi in China. In China, Ming bi is generally used to worship ghosts and gods and to sweep the tombs of ancestors. This custom of burning paper money originated in the Wei, Jin, South and North, and prevailed in the Tang and Song dynasties.

Ancestral money is called Ming bi in China. In China, Ming bi is generally used to worship ghosts and gods and to sweep the tombs of ancestors. This custom of burning paper money originated in the Wei, Jin, South and North, and prevailed in the Tang and Song dynasties.There has always been a legend in China that when a person has just passed away, two envoys of black and white and impermanence will come to lead people indirectly, and there will be little ghosts blocking the road, and burning some paper money for the ancestors to send these little ghosts can make the ancestors’ souls less suffering. . In this way, when the ancestors live well after they reach the underworld, they will protect future generations. This is a spiritual sustenance in China.

The popularity of ancestral money:

The origin of the matter should start with a little brother. The man burned some “ancestors’ money” by chance and got good luck. He thought this kind of banknotes was magical, so he shared his own on TWITTER experience. Under the promotion of this little brother’s efforts, some people began to try. Some people said that they received financial aid after burning “ancestors’ money.” After burning the money, ancestor will bless my health.

So this mysterious power from the East slowly began to become popular. The public has accused China of always hiding and hiding, and not sharing such good things.

The popularity of ancestral money:

So some people started to make some video tutorials popular on the Internet.One of the grandmothers said in the video: She has been burning paper money since October and has been burning for two months. She feels that this normalized behavior has brought her great rewards. She also emphasized that every day You must worship in front of your ancestor’s tombstone, and you must insist, make it a part of your life, and make it a thing you know every day. The things you must do every day are like brushing your teeth, washing your face, and taking a bath. Cooking, washing dishes, etc., make your worship and burning paper money a part of your daily life.

In order to allow everyone to use ancestral money effectively, in some areas even set up a “teaching you how to burn ancestral money mutual aid group” hoping to make a paper money burning tutorial that everyone can see and learn from this East Mysterious power. Someone left a message saying that since it is to pay tribute to the ancestors, there should be a sense of ritual, and only an “ancestral altar” can be effective. After all, this is the only way to show the important status of ancestors. Before burning paper money, someone will prepare photos of their ancestors (very, aromatherapy, tobacco, wine, water, food, and ancestor money.

However, some people think that the most important thing about burning paper is sincerity, and it doesn’t need to be so complicated. Therefore, the props of this school are very simple. A lighter, or a candle, an appliance for burning ancestors’ money, and the most important ancestor’s money will do.

Of course, when burning paper money is also very particular, that is, when burning, you must fold the ancestors’ money before burning:

Moreover, there is a sequence of folding ancestors’ money, first fold it horizontally twice, and finally fold it vertically once. The same principle of “not revealing money” applies.

Of course, some people will not fold in the middle when burning, but regardless of the burning method of that genre, folding the ancestral money is the soul step of the whole process.

Naturally, many people opposed, rejected, and even scolded the indulging in “ancestor paper”. However, if a thing becomes popular, of course there is reason for its existence. Honoring the ancestors can satisfy his vanity of getting rich. Isn’t such a beautiful wish shared by people all over the world? 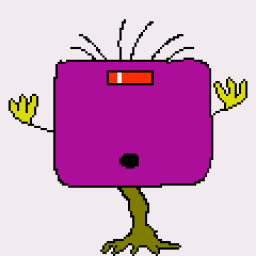